When creating Trenton 365 it was a concept that focused on action steps.  Those action steps have always included an eclectic group of participants who come together for a particular cause to give what they can in an effort to improve the community.

Trenton has a major problem with trash and the attitudes that go with it.  I believe most people would rather live, work, play and visit a clean environment.  When making this statement I then ask “Why does a historic town of less than 7.5 Sq Miles have such a problem with litter?”

The simple answer would be to blame “those people” and then follow up with ignorant statements about whole groups of people, usually based upon someones appearance.

Stay tuned for Trenton 365’s efforts regarding conversations around racism.

In 2011, at the Bethany House of Hospitality clean up in Trenton NJ, I met Elissa Horan, Trentonian, Artist, Educator and creator of CARETRENTON, whose “mission is to make Trenton a clean, safe, happy, and fun place to live, work, and play. It’s that simple.”  Immediately we connected and began chatting about ideas, projects etc.  This video is from the Bethany House of Hospitality Trenton NJ clean up where I met Elissa.

Trenton 365 has partnered on several occasions with retailers, non-profits, for-profits, municipalities, locals and many more with the belief that a clean city is an important part of proper functionality and critical to attracting visitors and potential new residents, here are a few of our efforts.

MLK Day of Service Clean Up 2015 with Trenton Going Global

It pains me to see people of all ages and ethnic backgrounds litter such as throwing a used cigarette “butt” from a car, dropping take out food residue and or containers on the ground after finishing a meal, discarding a plastic bag on the ground and of course the illegal dumping of debris on private and public property.

I am sure there are several reasons behind why people act this way, most of which I don’t understand but I do know it is illegal and not tolerated in other local/regional municipalities.  I like to use the examples of visiting New Hope PA or Princeton NJ, most visitors would never think of littering in those municipalities, then why is it tolerated in Trenton?

Have a look at some of the answers I have heard from different people in various positions within this and former Trenton Administration's:

I think I have a solution or at least one that could generate interest and provide a “teaching moment.”

The “Adopt A Trash Receptacle Program.”

Let’s partner with a manufacturer or retailer and distribute plastic trash receptacles.  Businesses, residents and organizations would adopt a receptacle and commit to maintaining it and the surroundings within the ordinances and laws of the city.

Programming would be done inconjunction with several events to highlight the efforts.

South Ward Councilman George Muschal has assisted on several occasions with efforts cleaning up the city, and this article was recently posted in a print media outlet.

I am not sure of Councilman Muschal’s issues with the City of Trenton Clean – Up Committee but I can tell you the “Adopt A Trash Receptacle” concept has been submitted to members of this and the previous administration as well as other committees.

Have a look at the trash receptacles, sourced from a national retailer with signage created by a Trenton based business, and on location at 2 Trenton businesses. 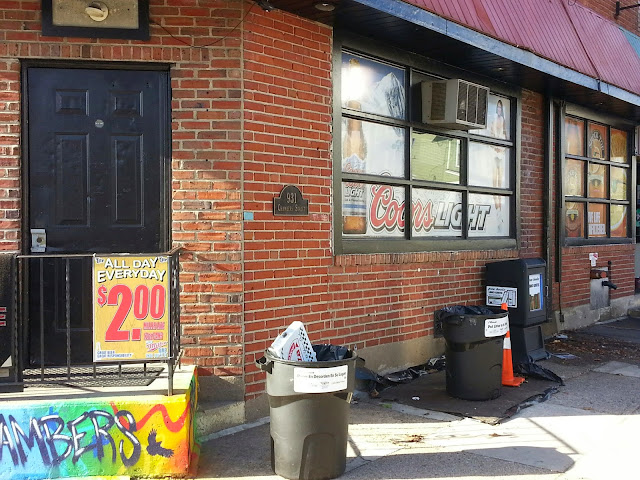 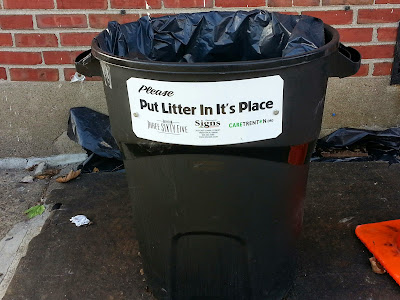 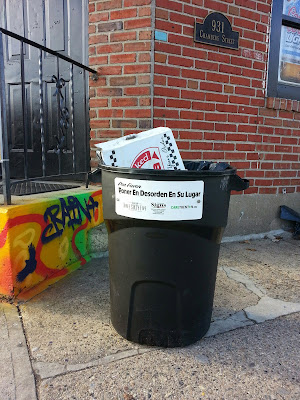 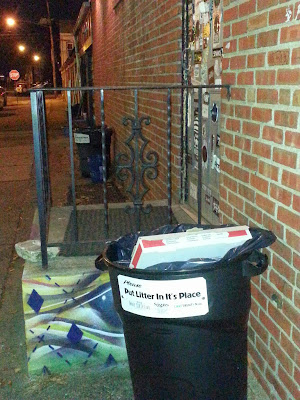 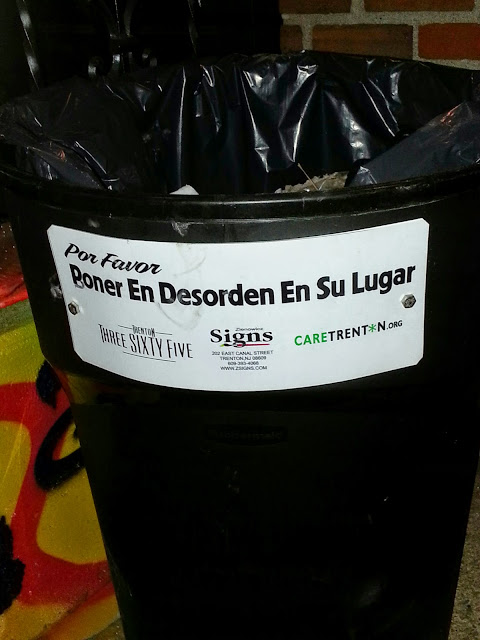 I hope Trenton, as a City, as New Jersey’s Capital and the place where George Washington became George Washington will recognize the importance of cleanliness, enforce the ordinances/laws regarding littering and be a leader for what a post industrial can be.

This image is from a Trenton 365 Project, "Adopt A Trash Receptacle."  This is project is a partnership of CARETRENTON, Zienowicz Signs and Trenton 365.

3rd Annual Latino Festival of Hightstown & East Windsor
"Bringing our communities together through the arts!" 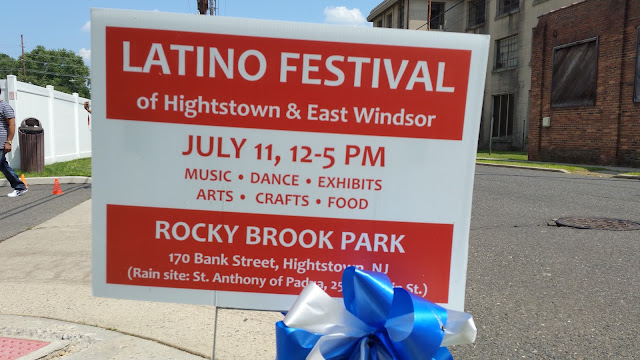 Rocky Brook Park, nestled in a quiet area of quaint Hightstown NJ near warehouses, historic homes and a few blocks from the Borough Center provided a nice location.  Bordered by a stream and small woods I could imagine walks to observe nature and other outdoor gatherings.

Literature distributed at the event lists several partners, sponsors, a 20+ person Festival Organizing Committee and several Exhibitors, have a look at some links. 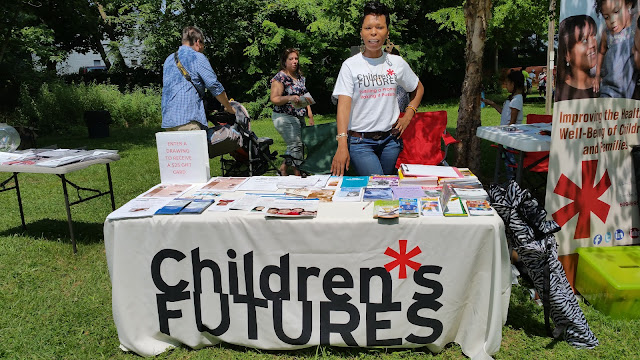 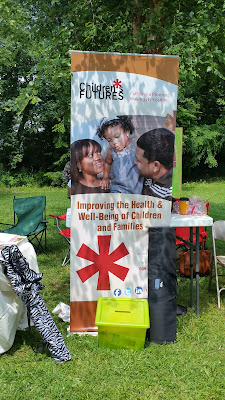 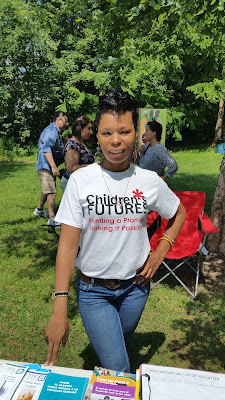 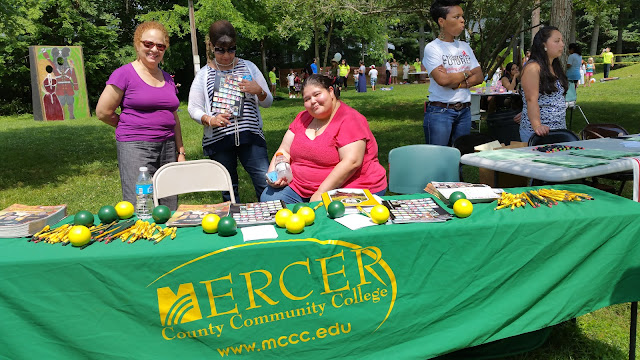 With performances by artists from several countries including Belize, Ecudor, Peru, Spain, Guatemala, Costa Rica and the Dominican Republic there was plenty to see and hear during the 12-5pm event.

I had the pleasure to chat with Miss Teen Guatemala Isabel Avila, Hamilton Township Councilwoman Ileana Schirmer and Hightstown Councilman Conner Montferrat, have a listen via the Trenton 365 archives. 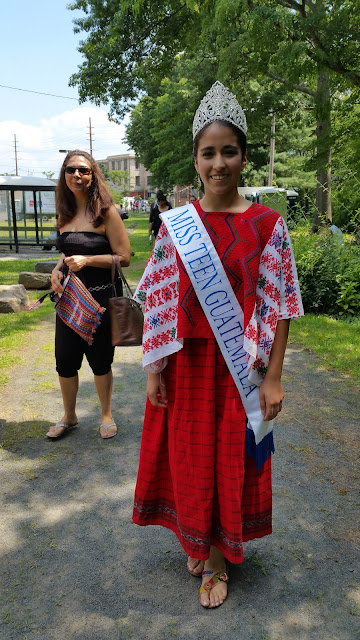 My time at the 3rd Annual Latino Festival of Hightstown & East Windsor NJ was delightful, with wonderful entertainment and a diverse mix of vendors and exhibitors. 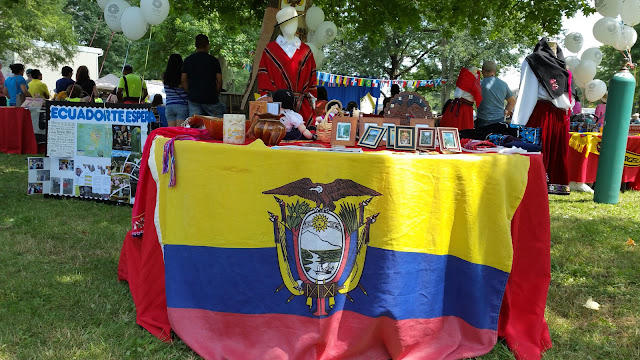 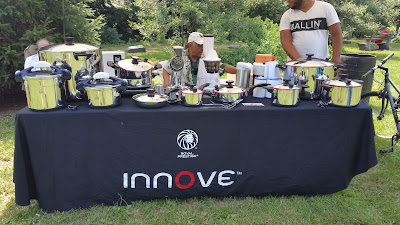 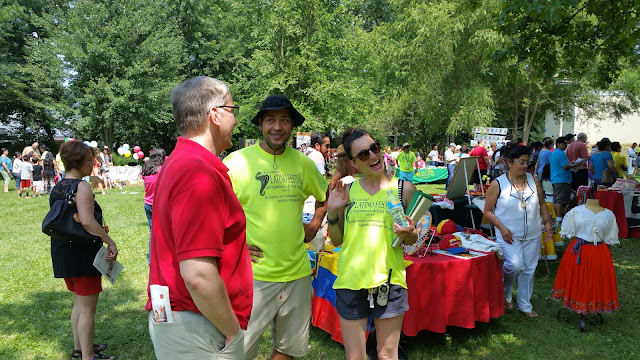 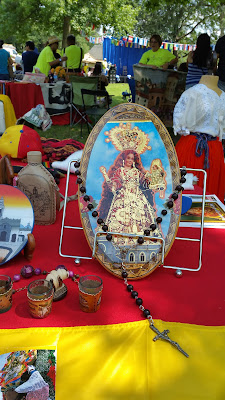 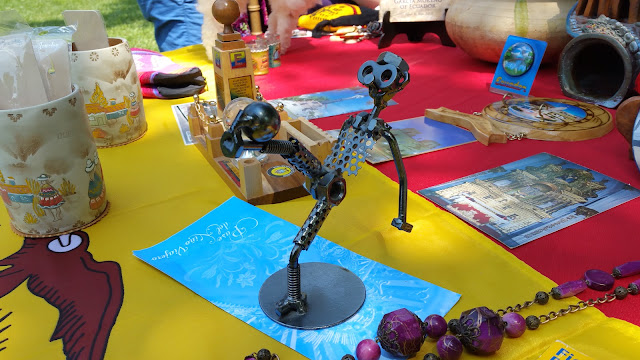 I am encouraged by the continuous efforts of people who believe in making every attempt to assimilate all residents into the community to build a better community.  Kudos to all who are a part of the 3rd Annual Latino festival of Hightstown & East Windsor.